Recently I’ve been working with various applications that require importing large JSON definition files which detail complex application settings. Often, these files are required by multiple auxiliary modules in the codebase. All principles of software engineering point towards importing this sort of file only once, regardless of how many secondary modules it is used in.

My instinctive approach to this would be to have a main handler module read in the file and then pass its contents as a class initialization argument:

The problem with this is that if you have an elaborate import process, and multiple files to import, it could start to look messy. I recently discovered that this multiple initialization argument approach isn’t actually necessary.

In Python, you can actually import the same settings loader module in the two auxiliary modules (module1 and module2), and python will only load it once:

Now when we test this out in the terminal:

Despite calling import settings_loader  twice, Python actually only called it once. This is extremely useful but also could cause headaches if you actually wanted to import the file twice. If so, then I would include the settings importer inside the __init__()  of each ClassX and instantiate it twice. 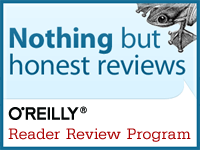